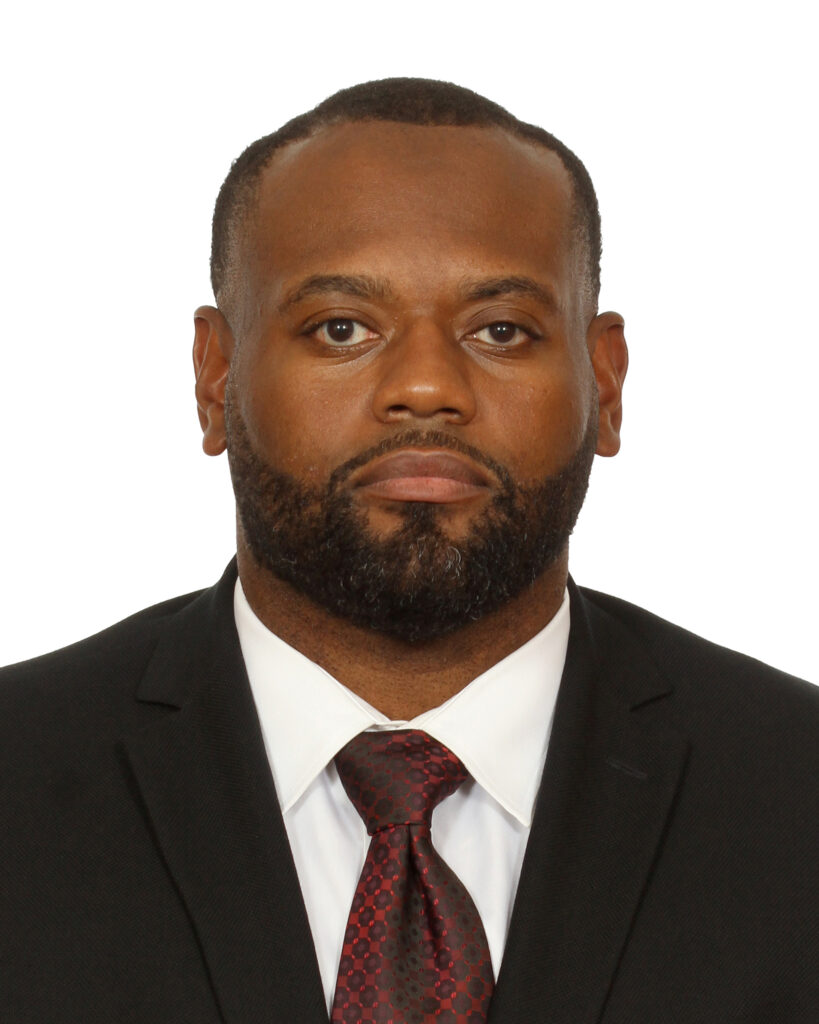 Florida State’s offensive line has shown steady, tangible improvement since Alex Atkins arrived in Tallahassee prior to the 2020 season. His abilities as a technical teacher and connecting with players have made FSU’s offensive line room one dotted with blue-chip recruits and high-quality, experienced transfers. Despite losing multiple starters to season-ending injuries, Florida State’s depth has shown as seven different linemen have started this season in four different starting lineup combinations and only two have started all nine games.

Prior to FSU, Atkins gained offensive coordinator experience at Charlotte and has developed his offensive line expertise across many levels of college football.  In 2019, Atkins coordinated an offense that led Charlotte to its first bowl game in program history as the team won seven games and was selected for the Bahamas Bowl. The 49ers allowed 1.62 sacks per game, had their conference’s top rushing attack with an average of 203.0 yards per game, scored on 88.4 percent of their Red Zone possessions, averaged of 14.10 yards per completion and had a time of possession average of 31:59 per game. His offensive line was one of 24 to be included on the Joe Moore Award Midseason Honor Roll, and he tutored first-team all-conference performers Cam Clark and Benny LeMay as well as all-freshman offensive lineman Dejan Rasuo. Clark, a fourth-round selection by the New York Jets in the 2020 NFL Draft, anchored an offensive line that produced 10 100-yard rushing games compiled by three different athletes in 2019.

From 2016-18, Atkins was Tulane’s assistant head coach and offensive line coach. He also added running game coordinator responsibilities his final season in New Orleans. In his first season with the Green Wave, he helped direct a remarkable turnaround from the 118th rushing team in the country in 2015 at 115.8 yards per game to the NCAA’s 26th-best rushing attack in 2016 with an average of 228.1 yards per game. The improvement continued in 2017 as Tulane averaged 231.5 rushing yards per game, 20th in FBS. In his last year at Tulane, the Green Wave won seven games and the Cure Bowl behind an offense that posted the 23rd-highest rushing average in the country at 218.2 yards per game.

Prior to Tulane, Atkins coached the offensive line at Georgia Southern for two seasons and helped lead the Eagles to back-to-back nine-win seasons. In 2014, as Georgia Southern was transitioning into FBS, the team finished 9-3 and averaged a Division I-best 381.1 rushing yards per game. The next season, the Eagles finished 9-4 after winning the first bowl appearance in program history and led all FBS schools with an average of 363.0 rushing yards per game. Atkins arrived at Georgia Southern following two years as offensive line coach at Chattanooga. In 2012, Chattanooga won six games behind an effective offense that ranked second in FCS with only nine turnovers and converted 61.5 percent of its fourth-down attempts. The next season, the Mocs finished 8-4 including a program-record six conference victories. Atkins began his coaching career at UT-Martin, his alma mater, serving as a graduate assistant in 2007 and coaching tight ends in 2008. He was then a graduate assistant at Marshall in 2009. His first full-time coaching stop was at Itawamba Community College in Mississippi. As the offensive line coach and recruiting coordinator, he helped produce an offense that was top-25 in the country in both 2010 and 2011.

Florida State is 6-3, bowl eligible for the first time since 2019, and ranked No. 25 in the Associated Press poll.

FSU leads the nation with 15 touchdown drives of 80+ yards and with seven 90+-yard touchdown drives this season. The Seminoles also rank 6th with an offense explosive play rate of 16.8 percent…FSU leads the nation with 69 plays of 20+ yards…Florida State is 9th nationally with an average of 7.01 yards per play and 15th in the country with 483.4 yards of total offense per game…FSU is one of four teams in the country, and the only team in the ACC, averaging at least 270 yards of passing offense and at least 210 yards of rushing offense per game this season. Of the three ACC teams averaging better than 270 yards of passing offense, the next-closest rushing offense is North Carolina’s 167.0 rushing yards per game…Florida State has scored on 12 of 18 first drives of a half this season, with 11 touchdowns on those 12 scoring drives for a total of 78 points. The Seminoles lead the ACC and are tied for 3rd in the country in touchdown rate on opening drives of a half…FSU leads the ACC in yards per completion, yards per rush attempt, third-down conversions, rushing offense and fewest sacks allowed. The Seminoles’ average of 14.30 yards per completion is 9th in the country, while their 50.0 percent third-down conversion rate is 12th in the country, average of 5.51 yards per rush is 13th, average of 211.8 rushing yards per game is 17th and 1.44 sacks allowed per game is 33rd nationally…In the 41-16 win vs. Georgia Tech, Florida State produced a 375-yard passer, 100-yard rusher and 100-yard receiver for only the third time in program history…Against Clemson, FSU became the first Tigers opponent to rush for 200 yards and pass for 200 yards in a game since the 2020 CFP Semifinal and the Seminoles’ average of 6.1 yards per rush was the highest average against the Tigers since Alabama in the CFP National Championship Game on Jan. 9, 2017…Florida State has six games of at least 450 yards of total offense, including two with at least 600 yards, this season…The Seminoles have rushed for at least 200 yards in four straight games, their second straight season with a streak of at least four 200-yard rushing games. Prior to 2021, the last time FSU had four consecutive 200-yard rushing games was 2010.

Florida State has earned back-to-back ACC Offensive Lineman of the Week honors. Right guard D’Mitri Emmanuel earned the award on Oct. 31 after a 41-16 win vs. Georgia Tech featured 642 yards of total offense, the third-highest yardage total in the NCAA at that point in 2022. Left guard Dillan Gibbons was the conference’s offensive lineman of the week on Nov. 7 after FSU rolled up 229 rushing yards and 225 passing yards while averaging 7.0 yards per play in a 45-3 win at Miami, the largest margin of victory for a road team in that series’ history. Gibbons also earned ACC Offensive Lineman of the Week after last season’s 35-25 win at North Carolina, becoming the first FSU player to earn that recognition since 2016.
Return to Packet
PrevPrevious CoachKenny Dillingham
Next CoachRyan GrubbNext