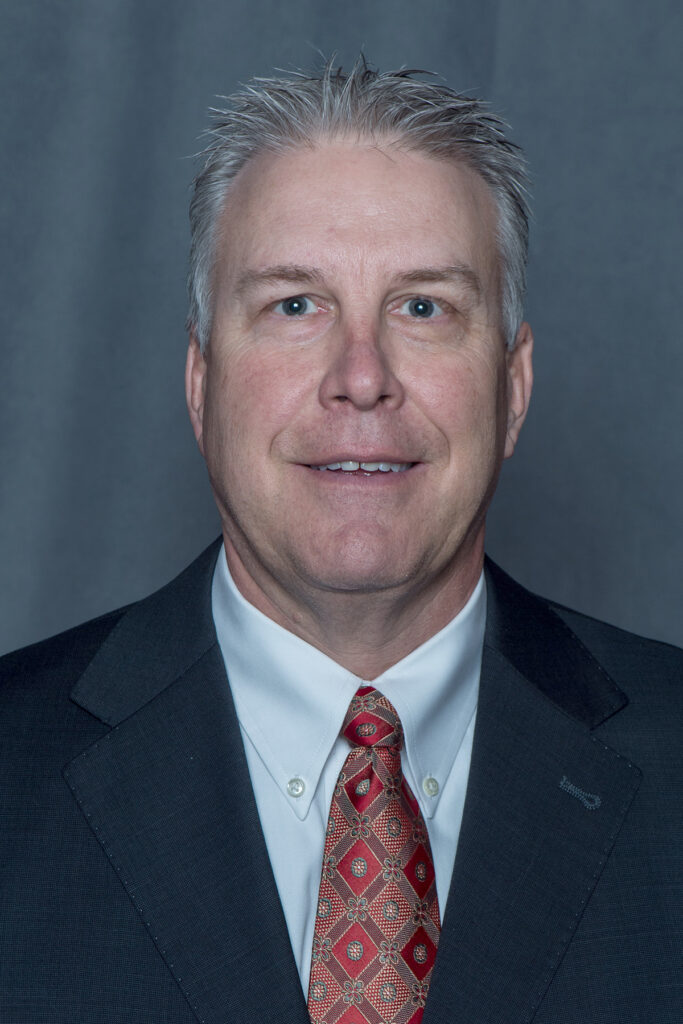 In his seventh season as Defensive Coordinator at Iowa State, Jon Heacock has transformed Iowa State’s defense into one of the best nationally. The Cyclone defense routinely holds opponents below their season average, keeping Iowa State in every game. Iowa State is currently leading the Big 12 Conference in total defense (284.4), rushing defense (110.6), passing defense (173.9) and scoring defense (16.3 ppg). In the 26 year history of the Big 12, only two schools have ever led the conference in all four defensive categories. He has helped in leading defensive end Will McDonald to just one sack shy of the Big 12 career record. McDonald, who had just one sack as a freshman, has 33.0 career sacks. McDonald is one of many incredible individual stories as Heacock has coached five All-Americans at Iowa State and an astonishing 52 times a defensive player has been recognized by the league’s coaches on the All-Big 12 teams. Heacock’s innovative 3-3-5 defense has been adopted by many, but its the Cyclone defensive unit’s ability to have all 11 players swarming the ball on every play that hasn’t been matched by many.

Under Heacock, Iowa State’s defensive unit has limited opponents to under 300 yards of total offense 24 times since 2017, including 14 times against Big 12 teams. 17 of the last 22 opponents the Cyclones have faced have been under 350 yards of total offense. In five consecutive seasons the Cyclones have ranked among the Big 12’s top three in scoring defense, which has helped the Cyclones to earn five-straight bowl berths. When it comes to total defense, ISU has been just as stout, ranking third in the Big 12 in total defense (366.2) in 2017, second in 2018 (349.2), second in 2020 (340.4) and second again in 2021 (310.5), only allowing just two teams to amass 350 yards of offense. The 2021 Cyclones also equaled its season record for sacks (33) and ranked ninth nationally in pass defense (187.8). Iowa State’s 2020 season was historic and Heacock’s defense played a major role in a berth in the Big 12 Championship game and winning the PlayStation Fiesta Bowl. Against Oregon in the Fiesta Bowl, the defense held Oregon scoreless in the second half with a total of three first downs and 88 total yards. Heacock has coached under all-time greats Jim Tressel and Bo Schembechler and has spent the last nine seasons on Campbell’s coaching staff.

Iowa State is 4-5 this season with their five losses decided by a total of 28 points. ISU became just the second FBS team to lose four-straight conference games by a combined 14 points or fewer dating back to 1980. The Cyclones lost three straight conference games by a total of seven points. ISU’s defensive unit has kept them in every game this season.

ISU’s opponents are averaging 18.4 points less than what they have averaged in all other games. Of ISU’s nine opponents, seven have scored at least 10 points per game fewer than in their previous games, including four opponents scoring at least 20 points fewer than their other games average.

Will McDonald has tied Texas A&M great Von Miller on the Big 12 career sacks list with 33.0 in his career. He is one sack shy of Aaron Hunt’s career record. McDonald has been a dominant force for the Cyclones. His 33.0 sacks are a school record, while also ranking third in tackles for a loss (40.0) and second in fumbles forced (9). The top four players in school history for TFL have played under Heacock, while the top two sack leaders have as well.

This season, a pair of Cyclones rank among the Big 12’s top 10 with two interceptions each. Transfer LB Colby Reeder has picked off two passes in his first season as a Cyclone, while Anthony Johnson Jr. made the move from cornerback to safety and has two INTs, indicating Heacock’s ability to put players in a position to succeed.

Iowa State’s defensive unit is incredibly well rounded with nine starters each with more than 25 tackles. Five of those players have a takeaway as well (FR or INT).