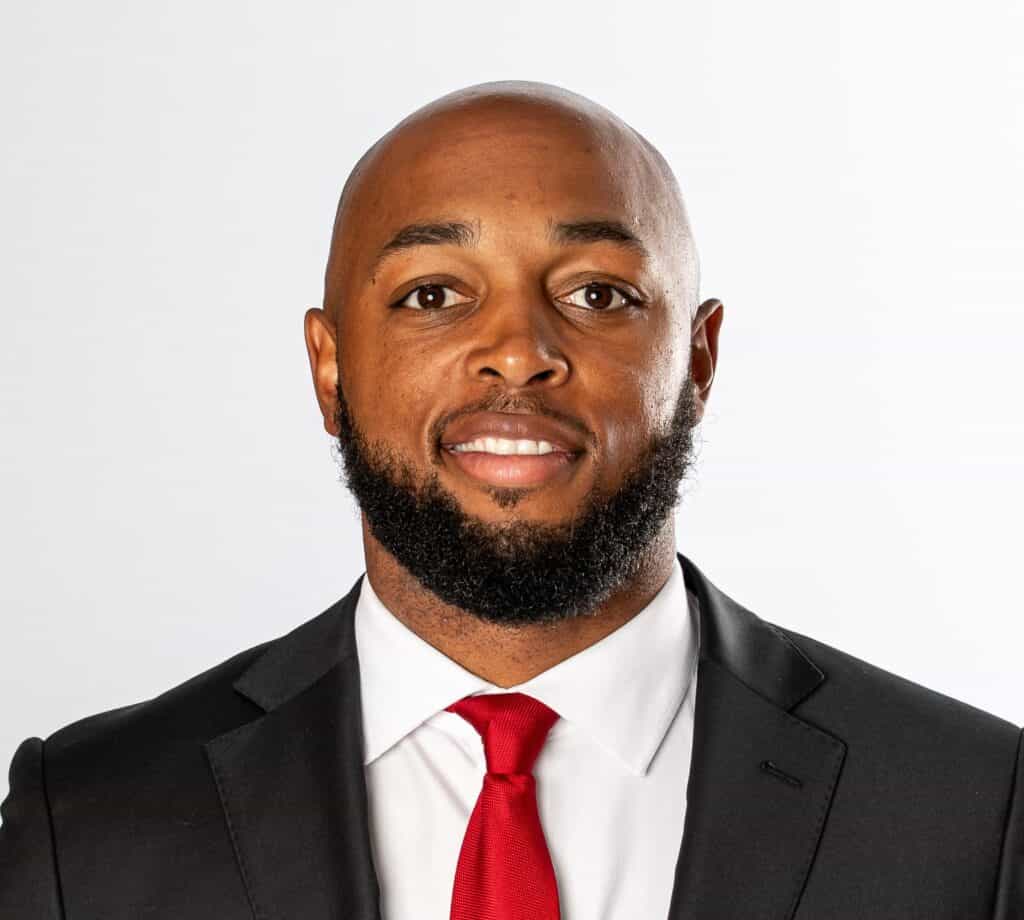 Mike Brown has become one of the best young coaches in college football because of his ability to relate and develop players. An accomplished NFL wide receiver and college All-American, Brown has been able to elevate the Bearcats’ wide receivers room and offense to heights never before seen. Since Brown joined UC’s staff in 2019, the Bearcats have rattled off their greatest seasons in school history, winning back-to-back AAC championships and advancing to the  College Football Playoff. Brown was highly valued by UC head coach Luke Fickell, who promoted him to passing game coordinator following the 2021 season, increasing his role as a leader and game planner on the staff.

Brown has been so good at developing players that the Bearcats have had a different leading receiver each year. In 2019, Cincinnati finished 11-3 and Pierce finished second on the team with 37 receptions for 652 yards and two touchdowns. In 2020, the Cincinnati offense was impressive, ranking 19th in total offense, 18th in team passing efficiency and 15th in scoring offense, as Michael Young (29 catches) led three different receivers over 27 catches in the COVID-shorted season that ended at the Peach Bowl.

In 2021, Pierce emerged as one of the nation’s top receivers, catching 52 passes for 884 yards and eight touchdowns. He was selected in the second-round by the Colts. He briefly moved to LB before Brown became WRs coach.

Also in 2021, Brown’s receivers helped an offense that broke the school records for touchdowns (70) and points scored (516). UC ranked second in the AAC and No. 11 nationally in scoring (36.9) and also led the conference and ranked No. 9 overall in yards per play (6.7). UC won its second straight AAC Championship and advanced to the Cotton Bowl.

Cincinnati is 8-2 and ranked No. 22 in the AP Poll as of Nov. 13, 2022. The Bearcats are 5-1 in the AAC, which is tied for first with two weeks to play. Cincinnati has gone to three straight AAC Championship games and has a record of 41-7 since Brown was hired.

After setting school records at nearly every offensive statistic in 2021, UC remains one of AAC’s top offenses, ranking in the Top 5 in yards per play (6.22), while proving to be the most explosive team in the league. UC has 30 30+ plays from scrimmage and leads the league with four 70+ plays. WR Tyler Scott is second in the nation with three 60-yard catches.

In 2022, the Bearcats have used a new quarterback and lost second-round pick wide receiver Alec Pierce, but the offense has been led by junior wide receiver Tyler Scott, who ranks in the Top 10 nationally with nine TD receptions and No. 16 in yards per game (91.8), while senior receiver Tre Tucker ranks in the top 10 in the AAC in receptions (48) and junior receiver Jadon Thompson has proven to have a breakout season with 20 catches for 352 yards and two touchdowns.
Return to Packet
PrevPrevious CoachTravis Williams
Next CoachPhil ParkerNext